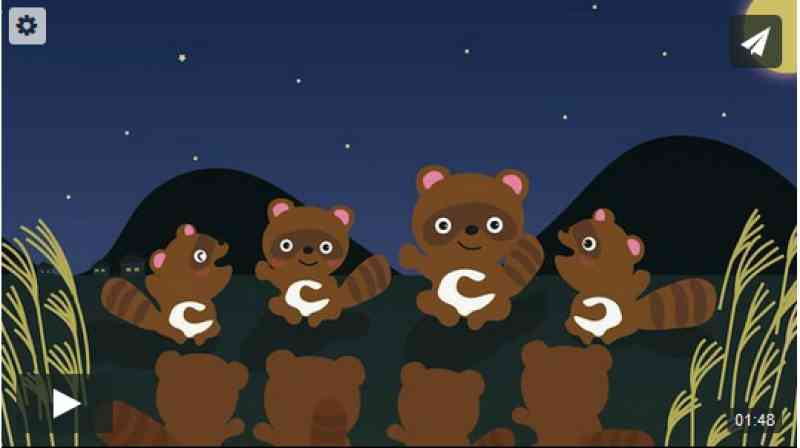 Long ago, some young tanukis who enjoyed patting their tummies each night in the village of Kurisu were killed by Dengoro, a ruffian who was offended by their behavior.
Dengoro was cursed to become an old tanuki, but he reflected on his actions, gave a tearful apology, and was returned to his original form.
Afterward, the parent tanukis were lovingly cared for by a man named Sasuke. After they died, Sasuke and Dengoro built a monument called the “Tanukizuka”.
Kojinsango Bridge, which crosses the Kurisu River, is also known as “Tanuki Bridge”.