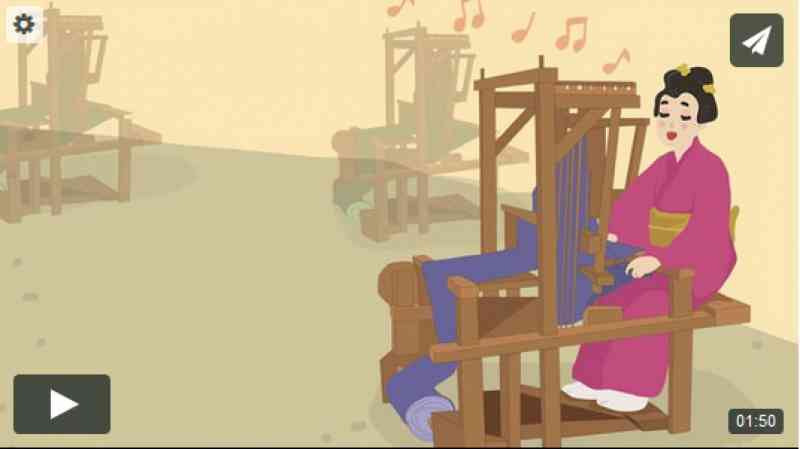 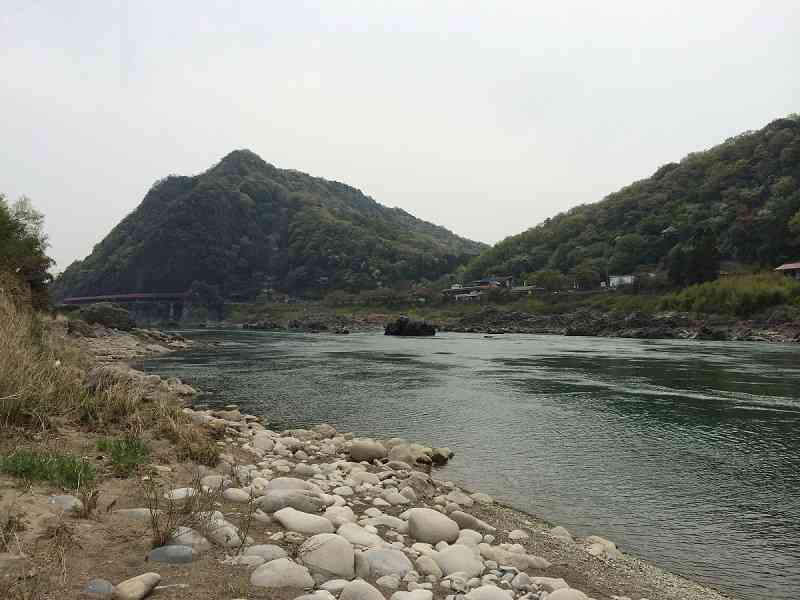 This is a folktale about a beautiful young girl named Otomi, the daughter of the lord of Kurisu village.
Otomi, who was forced to become an apprentice at a textile factory by her stepmother, fell in love with a young man named Yosomatsu, but she also caught the eye of the lord of Kajita Castle in Mino Province, who threw her into his dungeon.
Yosomatsu rescued Otomi, but they couldn't escape their pursuers, so they threw themselves into the Kiso River. Two boulders in the vicinity of where they drowned themselves became known as “Otomi-iwa”, and according to legend, you can hear Otomi singing a textile worker’s song.